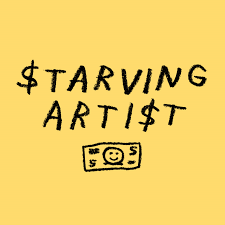 I’ve been increasingly disappointed in Web 2.0, however I haven’t yet lost hope for the second coming of the Internet, as many great services are being made available. I also see a lot of stuff that doesn’t really make any sense. I forget where I read this part, but I think there are too many companies that are FNAC in nature…a Feature, Not A Company. With goofy names, and funding, they tend to reach out and attempt to “make markets”. I have an idea why this happens though. It is due to overhyped deals that get funded or acquired and greed clouds judgment for both the VC and Entrepreneur.

I’ve always admired starving artists, painters, or actors for their sacrifice, for what they care about more than anything. I now also admire starving Entrepreneurs. They believe in what they are doing and they still haven’t lost the passion regardless of the pressure of the real world. Let’s think about this. Somebody who builds a business without funding must be pretty driven, smart and actually care about what they are doing. They compete against people that are funded….but the poor have a distinct advantage, they care deeply about what they are doing…they HAVE to find a way to make it work.

This first comes with the discipline to get it right and not guess or accept failure as an alternative. Failure with someone else’s money is SO much different than failure with your own.

Here’s a couple of GREEN/RED flags when working with entrepreneurs.
1. Do they talk about their customers? or talk about Google buying them
2. Do they have a business model that solves pain? or creates pain LIKE web advertising?
3. Do they talk of “holding back” features and charging for Premium memberships?
4. Have they EVER done something that was really really hard?
5. Have they put their OWN money in before asking for others?
6. Did they buy a new laptop with investor money?

Judge people on their motivation not their pedigree.