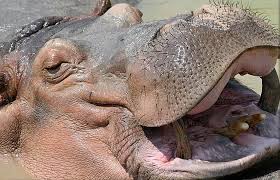 It is NOT a revenue stream because it is WAY overhyped and the net effects are negative. Ok, so there are a few stories of success. Just like a few stories of Internet buy-outs, hence the bubble of 2000 and the glut of companies that are started by creating a one-trick pony.

The data is here if you want to read more

31 Million blogs have the ability to add adsense, the distributed advertising of the Google Adwords program. Google then shares a portion of it’s revenue from the advertiser with the blogger. Seems fair so far. That’s the revenue….but the cost? Page Clutter, and that’s just the “heading” of the cost. The details that result are less space for YOUR product, assuming you are a writer. It causes readers to scroll more, think more, and be confused, well, more. Ok, so your readers are smart, yeah so are mine, I know, I know. But anyone who gets confused, you lose. A blog is completely dependent upon it’s writing, which is hard enough, now you throw in confusion for a few pennies. If you think your readers are smart, read this….Unskilled and Unaware

Look out…here comes a Hippo. I thought about using Google’s content network–which is the Adsense part of Adwords–to promote my business. Essentially USING the silly hype that millions of bloggers have bought into, to promote my product, I reapeat, USING them….not it. Bloggers lose credibility with potential readers and confuse others, and I’m going to participate in that?

And as for websites using it….if you were selling enough of your own stuff, you wouldn’t cheapen yourself to take pennies of pennies, distracting the customers you do have from, well, you. It totally wrecks your credibility.

As of right now, I do not have AdSense turned on in my Google Adwords program. But I’ve been tempted, I mean, being a Hippo could be cool, the fatter you are, the more excited people get, where can you find that to be true anywhere else…fatter = more excited……where are the chips?