Mash Up without the Lima Beans 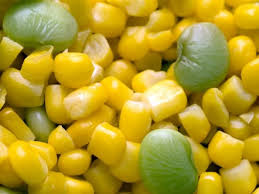 There is a trend…an Internet Trend..so that means only a few people know about it, they are all geeks and are saying prayers for Google to buy them.

The trend is called “mash-ups” and well…mashups are becoming real..kind of. A mash up is exactly what it sounds like, two services that are “MASHED together”. Ever try to put a puzzle piece together that you thought was right….and it kinda fit…well, that is my take on the Mash Up trend.

It’s like mixing your corn and mashed potato’s (no pun intended). It works…tastes ok, it’s not for everyone, but it’s not like someone is actually making it by the can and selling it in grocery stores. Years ago, somebody mixed corn and lima beans and called it succotash….at least they got the “suck” part right.

So, why do mashups not work…or why are they doomed, here comes the opinion part.

Mash ups are a lazy way to take two business ideas or services that barely function on their own and I’ve never seen an equation that has lazy = success. OK…Google Maps is fine and there are a lot of Mash-ups that mash with them….but Google is the corn..everybody likes corn.. and as always, lima beans kill the taste of anything….I’ve done formal tests to make this claim.

I’ll coin a new phrase here….as I have no other way to explain it..but the new term is “match-up”…where data available on the web is “matched” with services. Sounds the dang same huh?….well…it’s more like taking corn and then finding the perfect mix…not just because it’s easy, but more because it’s hard, and therefore valuable to others.