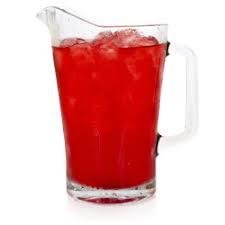 There is a pessimistic phrase in the “entrepreneur” community used often when a startup starts believing too much in themselves….it’s a harsh cliche really, as the roots are somewhat disgusting but somehow overlooked. Hold on while I take a sip of my own Kool-Aid. Yeah..that’s it. When something is too good to be true, or an entrepreneur is just way too excited, someone (usually a VC) will eventually say…”He’s drinking the Kool-Aid”.

Here’s a reference to the sad event that has somehow made it’s way into our daily speak.
http://www.religioustolerance.org/dc_jones.htm

So..the modern version is not as sick…but the concept is the same. You believe something so much that you drank too much grape sugar water that instead of seeing the forest through the trees you see a gold palace and a red carpet, probably stained by Kool Aid.

There are a few ways….sip..gulp..aah….to avoid this problem. Do your research before you define your assumptions. That’s right, research your market, both by collecting secondary data (which are the raw numbers) and primary data (which means actually talking with people) prior to building your spreadsheet that “justifies” your vision.

Then…..talk to mentors..note the plural…sip…aahhhh. You have to talk to more than one, Kool Aid is like an opinion, they’re cheap and they stink…wait, that is really mixing the cliche. Anyway, the real goal is to NOT drink the Kool Aid and you do that by doing the work (research) and then talking to people BEFORE you get too excited. Nobody does this and it’s sad really.