If you watched the social media video (no? watch here) you might be puzzled how facebook added 100 million users in less than 9 months. 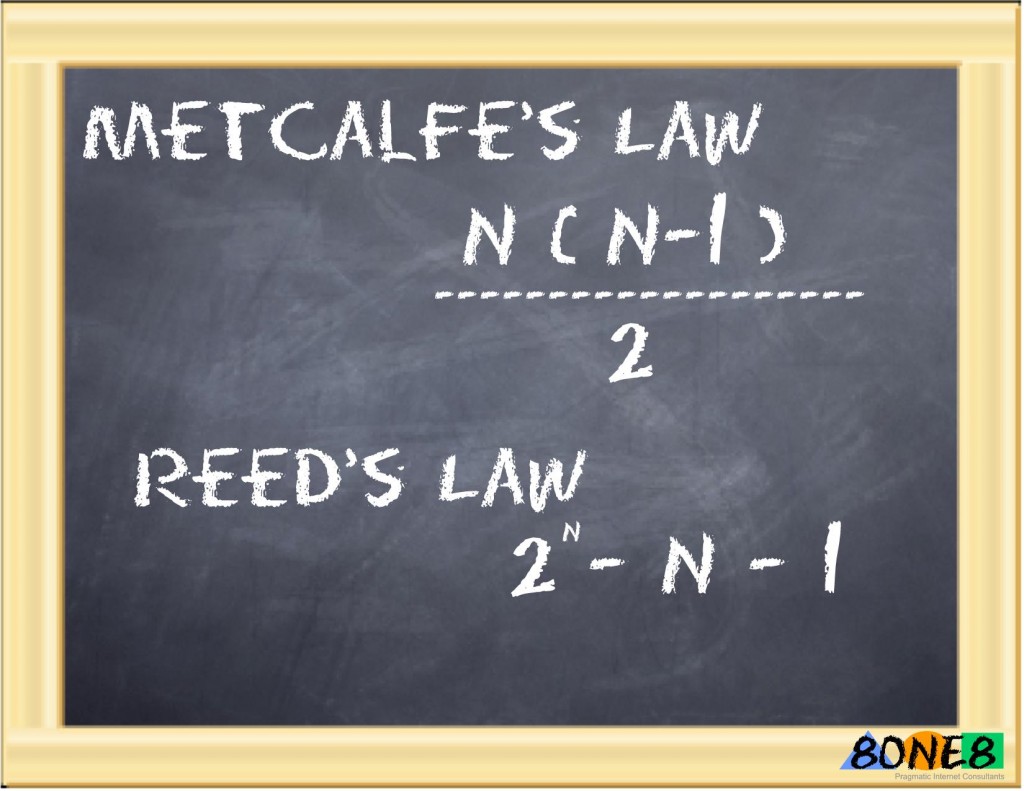 Here is the 8ONE8 version:  Human beings do things.  They typically do things either alone, or with other people.  Regardless of what you ‘do’…there are other people that also do those things.  Think of your hobbies, what do you care about? Now think of other people you know that do them.  This is called a ‘network’.  When you get together for a BS session, Dr. Reed calls this a GFN, or Group Forming Network.

Here’s a more fun way to explain it, and it involves violence, who knew?

This law is so powerful because 2n gets impossibly large very fast. There’s the old story about the king who rewarded a wise minister by offering him anything he wanted. The minister said all he wished for was two copper coins on the first square of a chess board, four on the second, eight on the third, and so on—a progression based on 2n. The king protested that the minister should ask for gold or pearls, not copper. But, by the time the 8,192 coins were placed on the 13th square, the king realized he’d been had—264; is more than 18 quintillion, which, if memory serves, is more grains of sand than exist in the world. (The story has it that the king had the minister beheaded for being a wiseguy.)

All Facebook did, is to enable this concept online.  The natural ‘group’ is your friends.  However, the pressure to ‘accept’ a friend that might not actually be one has yet to be solved.

8ONE8 knows this math so you don’t have to.

Other Links of Interest
See Details on Wikipedia