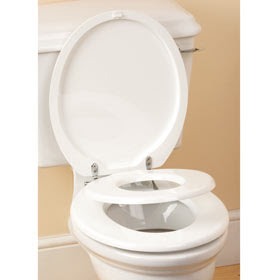 It started years ago, over coffee, two men, acting like boys discussing the concept of true design. The question was asked (not by me), ‘Is it really possible that the best design for getting rain off your windshield (windshield wipers) was nailed on the first try?

Unlikely. But this rhythmic use of rubber has remained unchanged since.

The Curse. Looking at everything and evaluating whether there is a better way.

At first it just takes over those ‘boredom’ segments of your life; long traffic lights, lunch meetings with morons, writing blog posts, etc.

Then it starts to take over your brain during important things; hitting 80mph in rush hour traffic, baseball games of your kids, date night with your spouse (God bless my wife).

I see improvement opportunities everywhere. An idea ‘guy’ is the label applied to this phenomenon. It is a curse. Idea guys get no respect. We know why, but I’ll state the obvious anyway, it is only 1% of the game, 99% is execution.

This is often what entrepreneurs miss. Not the execution, most entrepreneurs can execute, when focused but the actual understanding and belief they don’t realize is that ideas are only 1% of success. It is why top down revenue models are still built, it is why more features are added to already bloated products, it is why silly marketing schemes are thought of after initial slow growth; points systems, Superbowl viral commercials, blah blah.

It is why entrepreneurs fail. The inability to ‘recognize’ that execution is the key, not the idea.
Stop with the ideas already. Think about ‘what do I have that I could sell right now?’

So you consider yourself an entrepreneur, an idea guy. Ok, fine. I agree, it is cool to think about stuff, fun to imagine, exciting to ‘pitch’ the idea to others. You don’t see the invisible brickwall in the near distance, and when you hit it, it is built higher by the idea gremlins, the more ideas you get, the quicker they build it, what do you do?

In order to break the curse, or at least subdue it with a self inflicted anti-dote, stop, or at least yield your brain and refocus on the plan to execute.

Key Point: What do I have and who is willing to pay for it? If you don’t do this, You lose.

Do you feel yourself coming up with ‘ideas’? Yield my friend, pause, slow down.
The only plan you should be thinking about is connecting (1) what you have with (2) the people who want it.

Now that I’ve frustrated you with what you didn’t want to hear, What’s up with the toilet?

First, a piece of history myth, the toilet was not invented by a guy named Crapper. So says Snopes. Although still funny to believe it to be true.

I found an improvement to the toilet seat. I state this like “I” came up with the idea, not me, I’m still working on windshield water displacement. Who would have thought possible, I know Mary Anderson is thinking ‘no f’n way’…

I found this seat at Home Depot, not even knowing that it even existed. What a fantastic design for family’s with small kids (the people who want it). This ‘idea’ executed well is for a small seat to be magnetically attached to the inside of the adult seat. It looks normal, acts normal and serves all attendees.

I am surprised, but shouldn’t be that every day people have the ability to connect the idea/execution paradigm.