The day the earth stood still……and Tone Loc caused it. 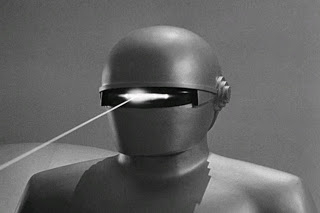 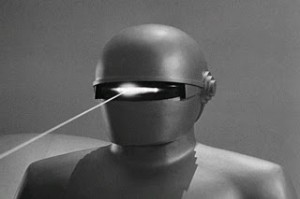 I recently learned something that is false that I thought to be true, in 1988, Tone Loc’s “Wild Thing” knocked off an Elvis song as the top selling single of all time. This is false, I now know, whew.

When MTV still played videos, or maybe it was the wildly popular “pop-up video” show, either way, I was in St. Croix, Virgin Islands with my ex girlfriends older sister (a post for another day) and learned (or thought I learned) this fact.

I remember this day as I stood still, remembering that I knew it was the day the world would change forever. That a person with a different definition of talent, named Tone, using common trickery and thievery, created “popularity” and subsequently modified the behavior of people looking to succeed. Behavior of hard working artists that would have gone “huh?”, maybe I can sample a VH song and make money? Behavior of agents, now looking for hype rather than talent and everyone in the musical change of command.

Getting back in my time machine to present day, I continue to calm down new entrepreneurs in the process of “raising money”, but I find enthusiasm and behavior created by the Tone Loc era. I’m not saying they think its easy, or dirty or even wrong, just that the entrepreneur approach has changed.

I started to consider the moment that it changed and I think it was YouTube $1.6B deal. The moment that entrepreneurs outside the valley started to think…hmm..maybe I can sample a VH song, maybe I can create something from nothing, using trickery and thievery. I’m starting to sound like I think it’s wrong, it’s not…just changed.

I started to mentally compare the change in the music world to the VC world, YouTube did nothing more than “borrow” content, not from VanHalen, but that’s what they did. They sampled other peoples work, no different as if they were Tone or Vanilla Ice, just as vigorously defending their right to access, as Mr. Winkle defended the melody of his hit single as different from Queen..no really..he defended it…ding ding ding, da da, ding ding…

As I continued to make this comparison, I also mentally referenced the “ah-ha” moments I’ve experienced with talented entrepreneurs (vs. the delusional). These moments came from a review of the process to GET money…the actual math. How is a pre-money valuation done? how is the investment level set? how is the risk assessed? and then what happens next….

Working through the details of even the simplest investment process and multivariate mathematics, that it takes to understand a 3 over 4 deal and the required exit (ROI) provides a reality check and a path towards ACTUALLY raising money.

When I started this post…I thought of using the world “evolved”, but that implies things have improved, this I’m not sure about, I just know that they are changed and changed forever.

In the infamous, however not forgotten words of Tone…VC’s get PAID to do the Wild Thing.