Who can be a Peer? 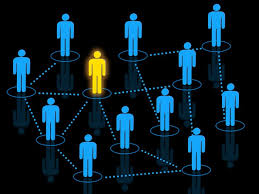 You already are a peer. So many think peer-to-peer software is used to connect people who don’t know each other. But you already have “software” that connects you, it’s called “your brain”. You remember things about people, your friends, neighbors, family that help you connect. And when you meet a new peer, it starts simple. Simple, like, “Where are you from?”, “What do you do for a living?”, “Do you have kids?”.

Nobody ever asks, “Do you have any music you want to give me?” or “Do you mind if I look in your basement for stuff I might want to buy from you?” If they do…run.

So, any software should start by organizing peer networks that already exist. Essentially, downloading all the info in your brain to the software and freeing it up for more important things, like, uh, I guess I need room to think of what to write here. Bring on the software!

Let me introduce a very cool concept called a GFN. This is known as a Group Forming Network, researched, defined and published by a smart guy named David…Reed.

It is something incredible powerful for a user and something prior to the Internet was not possible. An article and link by David Reed is below.

Read it all….you will learn something new and feel the “buzz” from the potential.

That Sneaky Exponential – Beyond Metcalfe’s Law to the Power of Community Building
by David P. Reed

Bob Metcalfe, inventor of the Ethernet, is known for pointing out that the total value of a communications network grows with the square of the number of devices or people it connects. This scaling law, along with Moore’s Law, is widely credited as the stimulus that has driven the stunning growth of Internet connectivity. Because Metcalfe’s law implies value grows faster than does the (linear) number of a network’s access points, merely interconnecting two independent networks creates value that substantially exceeds the original value of the unconnected networks. Thus the growth of Internet connectivity, and the openness of the Internet, are driven by an inexorable economic logic, just as the interconnection of the telephone network was forced by AT&T’s long distance strategy. This strategy created huge and increasing value to AT&T customers, based on the same (then unnamed) law of increasing returns to scale at the beginning of the 20th century. In the same way, the global interconnection of networks we call the Internet has created huge and increasing value to all its participants.
But many kinds of value are created within networks. While many kinds of value grow proportionally to network size and some grow proportionally to the square of network size, I’ve discovered that some network structures create total value that can scale even faster than that. Networks that support the construction of communicating groups create value that scales exponentially with network size, i.e. much more rapidly than Metcalfe’s square law. I will call such networks Group-Forming Networks, or GFNs. Read on at Reeds Law

The “Link” has some cool graphs. It’s a little dated, as it mentions the “beginning” of eBay.

Hear this….eBay is still functioning under Metcalfe’s law. The reason is that they have not allowed transactions to be done between peers and continue to raise fees. The fees should be lower with scale, but a public company needs drive revenue. They are just rowing the Metcalfe boat faster with your money…hmmm.

I’m the President of 8one8 and I can’t wait to use the software with my GFN’s.